James Brent Cash, 31 of Douglasville, was arrested in Rome after reports said he left the scene of an accident in which he injured another person.

Reports said that Cash wrecked his black Chevrolet truck into Saint Paul’s Church and injured his passenger before leaving the scene.

Cash is charged with hit and run, disorderly conduct, failure to maintain lane and three counts terroristic threats and acts. 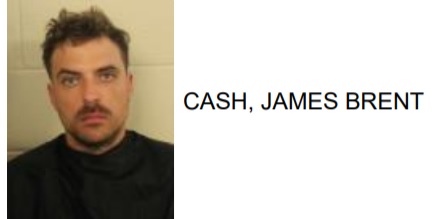