Jason Earl Edwards, 34 of Rome, was arrested this week after leading police on a high speed motorcycle chase before crashing and being arrested.

Deputies stated that they attempted a traffic stop for a headlight violation when Edwards began to speed away at a high rate of speed.  They added that during a chase Edwards failed to maintain his lane and ran a stop sign before having a wreck with another vehicle at the intersection of the Loop and GA 293.

Edwards is charged with reckless driving, improper lane change, operation of a motorcycle without a shield, failure to maintain lane, headlight violation, attempting to elude police and driving on a suspended license. 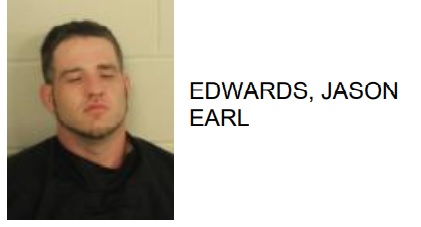