Two Romans, Kevin Leon Hulsey ,46, and Carla Leighann Roadrick, 20, were arrested this week after a traffic stop turned up multiple drugs during a search.

Reports stated that the couple were passengers in  vehicle in which the unidentified driver refused to stop for police.

Police added that the driver kept driving until allowing the two to exit the vehicle.

Officers found the two suspects in possession of Oxycodone and methamphetamine.

They were taken into custody on Samuel Mountain Road.

Both are charged with possession of methamphetamine, possession of a schedule II controlled substance, obstruction and drugs not in original container. 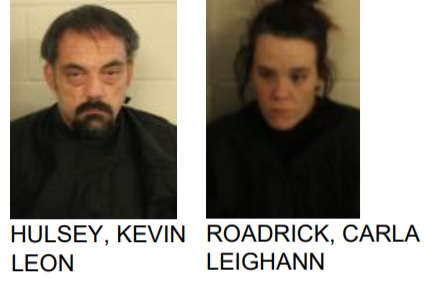