John Bolivar Spratling, 53 of Silver Creek, was arrested this week after reports said he stole and sole a truck before offices found him with drugs and a weapon.

Officers stated that back on June 15 Spratling stole a vehicle and then proceeded to sell it for $2,500.

While conducting the arrest warrant this week officers stated that Spratling failed to comply with officers and refused to step out of his car.

After being removed a search was conducted.  Police stated that they found a Kimber 9mm handgun in his front pocket, to go along with methamphetamine, marijuana and a glass smoking device in the vehicle’s console 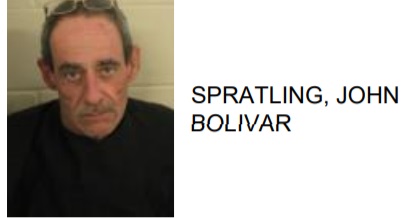