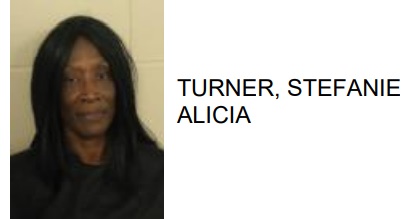 Stefanie Alicia Turner, 53 of Rome, was arrested this week after reports said she attacked a police officer while she was being arrested for drug possession.

Police stated that they found Turner in possession of methamphetamine, marijuana, digital scales and baggies during the execution of a search warrant at the Seven Hills Inn on Martha Berry Blvd.

Officers went on to say that while waking Turner to the patrol car she began to viciously kick them in the legs.