Thomas Hugh Cox III, 61 of Calhoun, was arrested in Rome this week after he was allegedly found with sexually explicit photographs of a minor.

Reports stated that Cox was found with images of a prepubescent female under the age of 18 wearing an unbuttoned shirt, a pink bikini top and no bottoms, exposing her vagina.

A second photograph of another female under the age of 18 featured the child nude, bent forward on an ottoman, exposing her buttocks.

Doc’s Is charged with sexual exploitation of children. 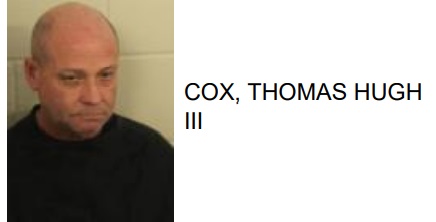