Police stated that the couple was found in possession of items that had been stolen from both burglaries.

Authorities went on to state that the suspects proceeded to give away property that have been stolen from the victim.

Franks is additionally charged with theft by deception. 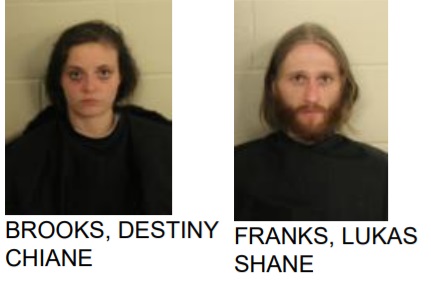