A traffic stop on South Broad Street led to the arrest of two men, Cameron Haywood, 24 of Rome, and Dywann Dwight Haywood, 25 of Adairsville, on drug and weapon charges.

Reports stated that officers stopped the men for allegedly driving with no tag light and displaying a license plate.

Officer stated that while talking to the man they detected a strong odor of alcohol coming from the vehicle.

A search of  the vehicle LED police to discover marijuana, a grinder, and a handgun.

Kameron Haywood is additionally charged with failure to appear.

Dywann Haywood is additionally charged with no tag light and display of license plate. 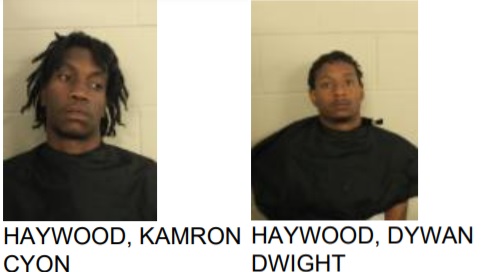