Daniel Allen Kenzie,  28 of Summerville, was arrested in Rome after reports said he allegedly broke into a vehicle on North Drive in an effort to commit a theft.

The incident occurred on Thursday.

Kenzie is charged with felony theft by taking, entering an automobile with intent to commit a felony, criminal trespass and loitering. 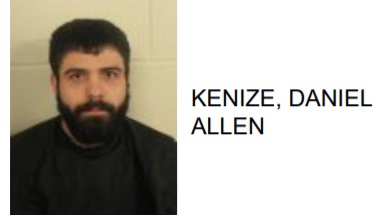