Gloria Daielle Fletcher, 20 of Rome, was arrested this week after she allegedly stole from Subway at the East Rome Walmart.

Report stated that Fletcher stole from a company while being an employee.

Officers added that Fletcher failed to cooperate with police while placing her under arrest. 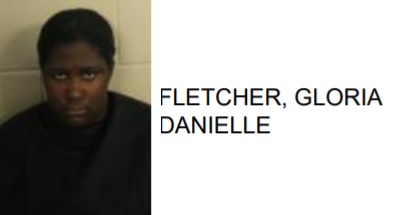