Derick Wayne Mobbs, 36 of Silver Creek, was arrested this week after he allegedly kidnapped and beat a 35 year-old woman.

Reports stated that back on May 14th of this year Mobbs refused to allow the victim to leave his car.  When she allegedly attempted to get out he proceeded to repeatedly hit her in the face.  The incident occurred at the intersection of East 2nd Avenue and Glenn Milner Blvd.

Officers went on to say that Mobbs was located at the Skytop Studio apartments this week.   It was there, officers said they found methamphetamine packaged for resale, marijuana and smoking devices. 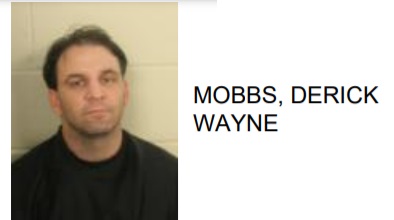