Eric Blakely, 36 of St Louis Missouri, was arrested at a home on Fortune Street in Rome after reports stated he refused to leave and then proceeded to threaten officers.

Reports stated that Blakely was at his sister’s home and was asked to leave several times while refusing to do so.

Officers stated that when they arrived on scene Blakely threatened to shoot them.

Blakely is charged with criminal trespass, terroristic threats and acts, and obstruction of law enforcement 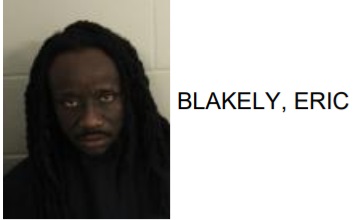