Omar Suriel, 33 of Rome, turned himself in to the Floyd County Jail this week after he was accused of molesting a child.

Reports stated that Suriel used his hands to fondle a female under the age of 16 years.  He is also accused of allowing her to perform oral sex on him.

The relationship occurred between January and December of 2017 at a home on Rooney Road.

Suriel is charged with child molestation. 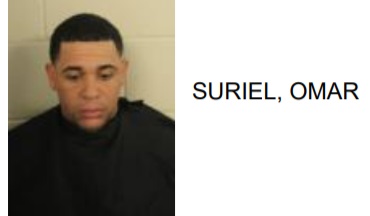