Gregory Dale Crane, 40 , and  Tonya Renee Hensley, 48, both of Gaylesville Alabama, were arrested in Rome this week after he was found in possession of a large amount of methamphetamine packaged for resale.

Reports stated that the meth was packaged in numerous baggies at a location on Alabama Highway.

Reports added that Crane was also found in possession of a firearm.

Report stated that Hensley was found with a glass smoking device containing meth residue. Once at the jail she was also found with additional methamphetamine and marijuana. 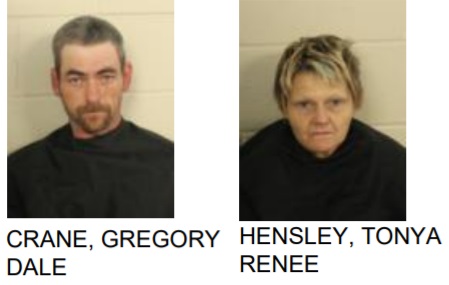