Adrian Adonis Smith, 35 of Rome, was arrested this week after he allegedly forced his way inside of a home and then proceeded to attack a woman.

Reports say that Smith forced his way into a home on West 8th Avenue, causing close to $500 in Damages.

Once inside the home report stated Smith attacked a female victim, leaving her with numerous injuries.

Smith is charged with battery, criminal damage to property, and being a fugitive from justice in Alabama. 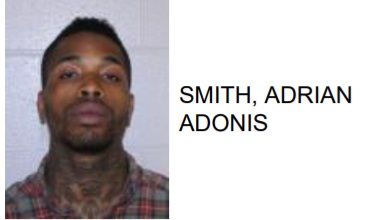