Donnie Stephen Baker, 31 of Rome, was arrested this week after police said he was found driving a stolen vehicle.

Reports said that Baker attempted to flee when officers initiated their blue lights.

After a brief chase Baker stopped at the intersection of 2nd Avenue at Tribune Street. There he was then found to be in possession of methamphetamine and a used needle.

Baker is charged with theft by taking, attempting to elude police, operation of a commercial motor vehicle without valid license, possession of methamphetamine, possession of drug-related objects and probation violation. 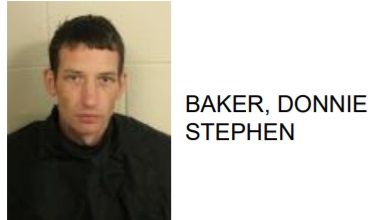