Reports stated that on June 8 Creamer walked into the store and engaged in a physical struggle with a clerk while holding a handgun. Creamer proceeded to point the handgun at the victim and forced him into the back of the store while ordering him to lock the door.  Authorities added that Creamer left the store with $6,213.

Authorities were able to identify Creamer and issue an arrest warrant. On June 11th officers went to Creamer’s Woodbury Drive Apartment and executed an arrest warrant.  Police went on to say that they found a clear plastic baggie and a mason jar containing a large amount of suspected cocaine. 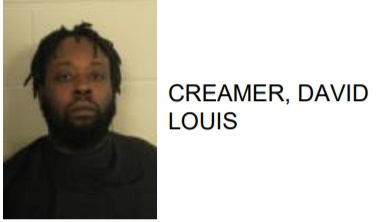