Robert Brian Holt, 49 of Silver Creek, was arrested this week after allegedly lying to police about being robbed at gunpoint.

Officers stated that he filed a police report in which he knew to be false. Holt allegedly told police that he was robbed at gunpoint before fleeing in his vehicle and being chased into a field by an unknown subject.

However, he was found to have cut a lock on a gate and entered into the field he claimed to have been chased through alone.   Police stated that he was seen on game camera entering the property and making several trips to the gate before being seen on another game camera driving his vehicle through a property and damaging a barbed wire fence process.

Holt is charged with two counts of Criminal Trespass and false report of a crime. 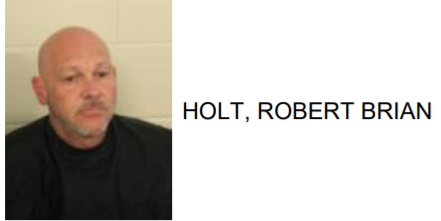