Tony James Morgan, 33 of Southside Alabama, was arrested in Rome this week after reports said he stole over $6,700 in wiring from a local business.

Police stated that Morgan traveled from Alabama to Elliott Electric Supply to pick up the wiring, using information he knew to be false.

Reports stated that Morgan communicated with another person via telephone who instructed him to go to the business and tell them he was with Reliable Heating and Air and he needed to pick up the order. Morgan allegedly had information in his phone about what to tell the business and admitted he knew something was not right before coming to the location to pick up the property.

The items were never paid for and the victim was told just to build a business. All talking to Morgan he admitted to driving the U-Haul to Rome and that his license was suspended. A consent search of the vehicle uncovered suspected marijuana.

Morgan is charged with possession of marijuana, driving on a suspended license and criminal attempt to commit a felony of theft by deception. 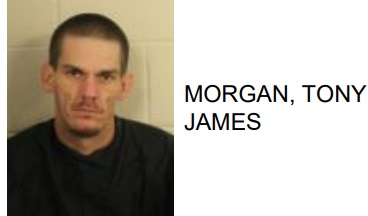