Police said that a report of a Silver Creek woman, Britney Jean Cowan, 25,  beating a man with a 2×4 piece of lumber led them to a marijuana growing operation in the home.

Reports stated that after arriving at the home on Tremont Drive officers found a large amount of marijuana in multiple containers, as well as marijuana plants actively being grown in their home.

Police stated that the victim, Michael Lamar Towe, 28 of the same address, was also taken into custody.

Cowan  is additionally charged with aggravated assault and violation of a protection order after she was previously ordered to stay away from Towe. 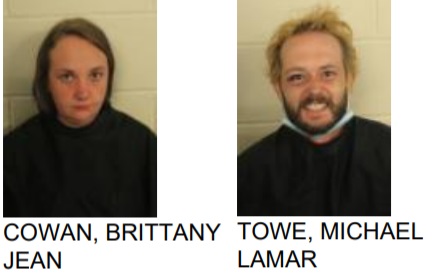