Michelle Cantu, 49 of Rome, was been jailed after causing a wreck that resulted in the death of 37 year-old Victor Guzman back in March.

Reports said that Guzman was a passenger in Cantu’s 2006 Volkswagen Jetta when she collided head on with a 2006 Ford Explorer, driven by 28 year-old Brittany Allen, of Rome.

Reports stated that Cantu had been driving under the influence of methamphetamine at the time of the wreck.

Cantus is charged with homicide by vehicle in the 1st degree, DUI, driving on wrong side of roadway and failure to maintain lane. 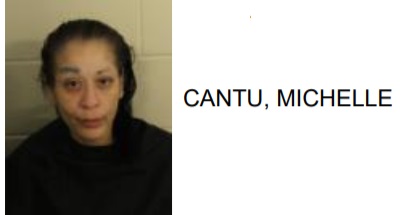 A two-vehicle accident on North Avenue in front of PAWS (Floyd County Public Animal Welfare Services) on Thursday resulted in the death of 37 year-old Hector Guzman-Guzman.

Reports said that Guzman-Guzman, of Rome, was a passenger in a northbound 2006 Volkswagen Jetta that collided head on with a 2006 Ford Explorer, driven by 28 year-old Brittany Allen, of Rome.

Police added that the Jetta was driven by 48 year-old Michelle Cantu, of Rome.

Both Cantu and Allen were transported to Floyd Medical Center for non life-threatening injuries.

The wreck remains under investigation.