Rome police arrested two women, Sytrus Dianne Wharton, 34 of Rockmart, and Tineka Nicole Foster, 24 of Rome, this week on numerous drug charges following the execution of a search warrant at a home at the Park Homes complex.

Wharton is additionally charged with possession of a firearm by a convicted felon. 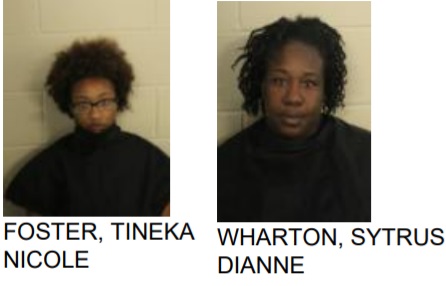