Jimmy Lee Brown, 30 of Rome, and Britney Ann Smith, 33 of Rome , were arrested at the Relax Inn on Martha Berry Boulevard on numerous gun and drug charges.

Reports stated that back on May 21st of this year Brown allegedly sold a quantity of marijuana to a confidential informant at the same hotel.

Reports added that while executing a search warrant at the room this week police allegedly found marijuana, scales, baggies, a glass smoking device containing methamphetamine and a handgun in his possession. 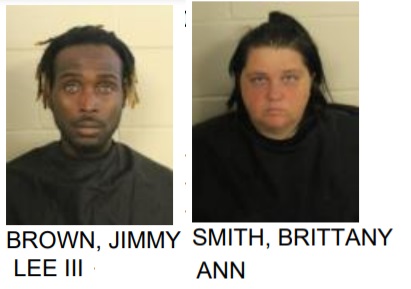