Jaya Jabre Garrett, 18 of Rome, was arrested this week after allegedly shoplifting from the Dollar General on North Broad Street.

Reports stated that Garrett stole $50 in cash 1 LG cell phone and a set of pink headphones without the consent of the owner, manager or the store.

Reports said that the cell phones were valued at $75 and headphones $15.

Garrett is charged with theft by taking 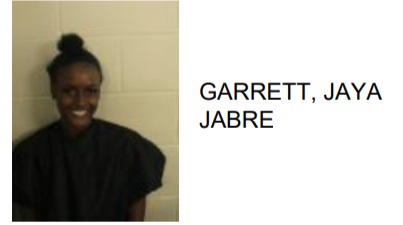