Keaton Franklin Jackson, 49 of Summerville, was arrested in Rome after reports said he was found with a stolen vehicle and cocaine.

Police added that he was also found with an object that was intended for the use of releasing a controlled substance that contained its residue.

Jackson was taken into custody at 1105 Martha Berry Boulevard. 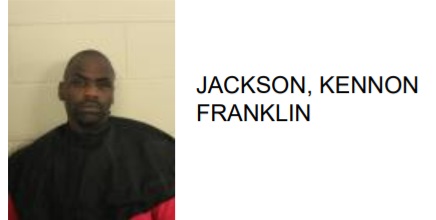