Timothy Kevin Vaughn Jr, 30 of Pittsburgh Pennsylvania, was arrested this week in Rome after leading police on a chase following a traffic stop.

Reports stated that Vaughn was pulled over after running a red light at the intersection of North Broad and Calhoun Avenue. Reports added that after stopping Von fled the scene on foot.

Vaughn is charged with obstruction of law enforcement, driving on a suspended license, concealing the identity of a vehicle, failure to obey traffic control devices, operation of a vehicle without validation decal, and driving without insurance. 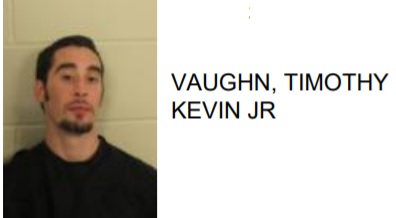