Jeffrey Kurt Jenkins, 27 of Rome, was arrested this week at North Rome Church of God after police said they found him in possession of drugs.

Jenkins was eventually captured behind the church.

Jenkins is charged with possession of synthetic marijuana, obstruction, and probation violation. 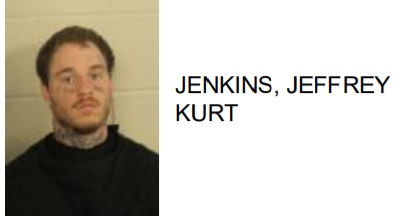