Ryan Wade Posey, 36 of Cave Spring, was arrested this week after allegedly burglarizing a home on Booze Mountain Road in Lindale.

Reports stated that Posey broke in the home through the front door, causing less than $500 in Damages.

Report Added that once inside the home Posey allegedly stole a diamond ring, cash and a 2016 GMC Sierra.

The alleged incident occurred back on May 7th of this year.

Posey is charged with first-degree burglary, theft by taking, Criminal Trespass, and entering an automobile with the intent to commit a felony. 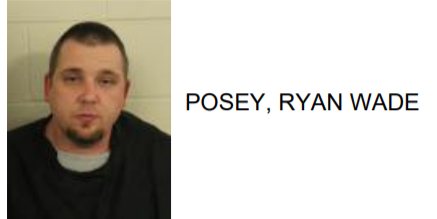