A Rockmart man who was arrested last weekend for misuse of 911 is now back in jail again for a second time in less than a week on charges of stalking and harassing communications.

Kevin Dean Jackson, 47, of 51 Crayton St., was arrested by Polk County Police again on Thursday evening around 9 p.m. after police came upon him showing signs of having been in an altercation including a busted lip, a cut to his knee and pain up and down his arm. He told police that he was assaulted by his neighbors, but they told a different story and had video evidence to prove it.

According to three different accounts, Jackson is reported to have spent the day on Thursday harassing one of his neighbors, walking up and down the street taking pictures and shouting.

One neighbor didn’t wish to tolerate the behavior anymore and tried to confront him in the roadway, only to be headbutted by Jackson and left with a knot on his forehead, and shoved Jackson to the ground in retaliation.

A second neighbor told police she had been watching events transpire since the morning, and accused Jackson of using his phone to video her and her children.

She also reported messages from Jackson via Facebook asking her at one point to “be my valentine.” Police reported the neighbor asked him several times to leave but he refused.

Jackson was confronted by the neighbor’s husband over the day’s events and a fight ensued, and another neighbor became involved and during so was somehow cut on his left leg.

With a combination of witness statements and video evidence, Jackson was taken into custody again by Polk County Police. He was initially charged with three counts of battery, harassing communication and stalking.

This is his second time in jail in the past week. Last Saturday, Jackson was arrested and briefly held on a $500 bond after being charged with misuse of 911. He had in February also been charged following an incident with his neighbors and the Polk County Police.

Kevin Dean Jackson, 47 of Rockmart, was arrested this week after reports said he repeatedly called 911 without having an emergency over the span of a single day.

Reports said that Jackson called 911 repeatedly during a night shift and then at least four additional time during the next day last weekend.

According to Polk Today, Jackson was previously arrested on February 28 when he threatened neighbors and was found by police carrying a broom handle and was ultimately detained by police on multiple charges including obstruction of law enforcement officers.

Jackson is charged with three counts of Misuse of 911. 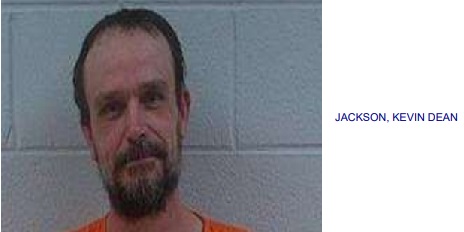