Tyrone Edward James, 29 of Rome, was arrested this week after allegedly beating a woman with his fists.

Reports stated that James struck the left side of the victim’s face with a closed fist, causing swelling around the victim’s left eye.

Reports added that the victim and James have been in a relationship for 2 years and currently living together.

The incident occurred at a home on Harvey Street back on May 1st.

James is charged with battery 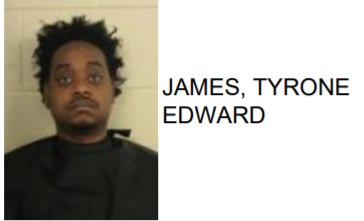