Matthew Aaron Terry, 37 of  Rome, was arrested at the Relax Inn on Martha Berry Blvd this week after police said he arranged a drug deal involving methamphetamine at the hotel.

Reports stated that Terry had used a communication device to arrange the drug deal back in January of this year.

A search warrant was issued this week in his hotel room, allegedly leading police to find a glass pipe containing meth.

Terry is charged with possession of meth, possession of drug related objects, felony conspiracy to violate controlled substance act and use of communication facility in commission of a felony involving drugs. 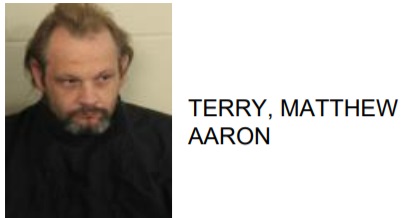