Darren Rice, 22 of Rome, was arrested this week after reports said he threatened to kill his brother before cursing out police.

Police said they were dispatched to a home on Swan Point Drive in response to the threat.

Once on scene officers said that they were cursed out, even using the “f” word in public, while resisting arrest.

After arriving at the jail, Rice is accused of lying about his identity. 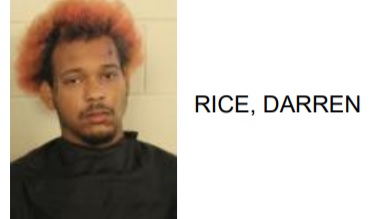