Jameson Matthew Burt, 47 of Cedar Bluff, was arrested in Rome this week after he allegedly imprisoned and masturbated in front of a Child.

Reports stated that Burt picked up a 16 year old juvenile victim under the pretense that he was taking him to see his mother. Reports added that Bert proceeded to touch the Juvenile theigh before the juvenile punched his hand off.

Report added that Bert then placed his hands into his pants to manipulate his genitals.

Bert is also accused of having a rifle in his vehicle where the juvenile could see it, causing the child to fear for their safety.

The incident occurred on Holland Road back in November of 2020.

Burke is charged with false imprisonment, public indecency, and second-degree cruelty to children. 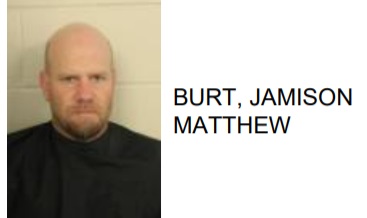