Two Romans, Jatavious Markel Smith, 27, and Taneshia Marshae Nicholson, were arrested at an apartment on Blankenship Place after reports said probation officers found a large amount of marijuana and drug paraphernalia during a search of the home.

Reports added that Smith was not at home during the search and as such, was in violation of his bond.

Smith is additionally charged with violation of his bond. 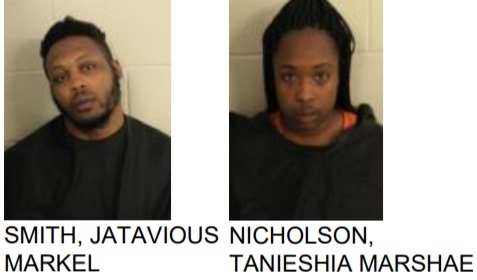