Amanda Leighann Culp, 32 of Rome, was arrested after police found drugs in her vehicle after being stopped for driving in two lands on Riverbend Drive.

Reports said that after stopping Culp on E 2nd Avenue they discovered that her license had been suspended in January of last year.

A search then led officers to find methamphetamine and ecstasy in her purse.

Culp is charged with possession of methamphetamine, possession of a schedule I controlled substance, failure to maintain land and driving on a suspended license. 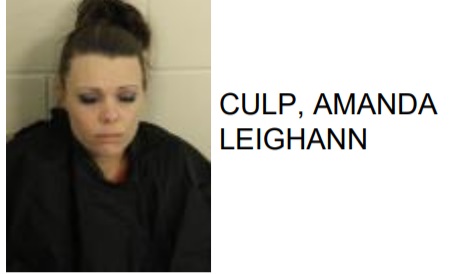