KC Renae Quarles, 32 of Summerville, was arrested this week on Preacher Smith Road in Silver Creek after she lied to police about her identity when she was stopped for driving on the wrong side of the roadway.

Reports stated that after stopping Quarles she failed to provide a license to officers and gave them the name “KT Christian” and also lied about her date of birth.

When her true identity was determined it was discovered that she was wanted out of another county.

Quarles is charged with driving on wrong side of the roadway, driving without license and giving false information to police. 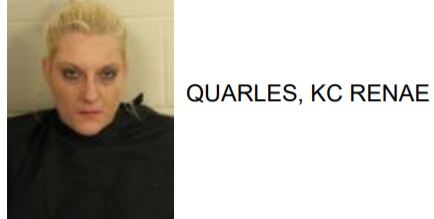