Two Rome women, Wanda Gail Ford, 55, and Loretta Jane Daniel, 56, were arrested this week after a traffic stop at the intersection of Burlington and Calhoun Roads turned up drugs.

Reports said that officers stopped the vehicle for a seat belt violation.

During the stop officers conducted a search, which allegedly led them to find a marijuana cigarette inside a Marlboro cigarette pack, a black box containing suspected methamphetamine, and a glass smoking device. 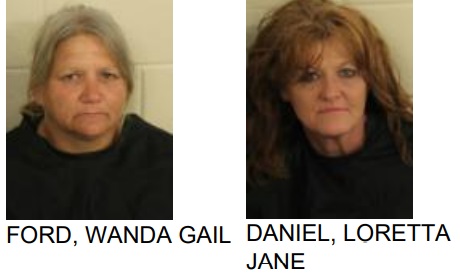