A traffic stop on Maple Road resulted in the arrest of 36 year-old Curtis Eugne Hamilton Jr, of Rome, after police found him with cocaine.

Reports said that officers stopped Hamilton for driving with a broken taillight when they discovered he was driving without a license.

While being taken into custody officers stated that they located a bag of cocaine on him.

Police went on to state that while sitting in back of the patrol car Hamilton attempted to discard more cocaine in the backseat.

He is charged with possession of cocaine, tampering with evidence, driving without license, headlight violation and brake light violation. 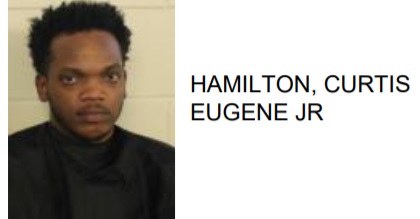