Jozell Marcus Payne, 45 of Rome, was arrested this week after reports said he admitting to shooting two people on Wilson Avenue in South Rome.

Police said that Payne admitted to the shootings during a traffic stop.  Police added that Wilson was then found in possession of a firearm that was found to have been stolen. 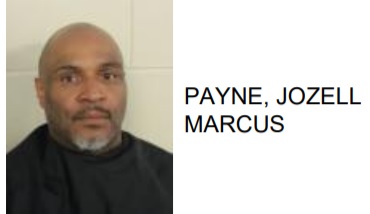