Rodregis Temie Jones, 49 of Rome, was arrested this week after reports said he pulled a gun on two people during a verbal altercation on Hennon Drive.

Police stated that Jones pulled the small caliber handgun, cocked it and pointed it at a victim and their mother.

Police went on to state that Jones attempted to toss the handgun on the side of the road prior to contact with police.

He is also accused of threatening to cut the victim’s head off.

Jones was taken into custody on Old Summerville Road at Armuchee School Drive.

He is charged with pointing a gun at another, terroristic threats and acts and tampering with evidence. 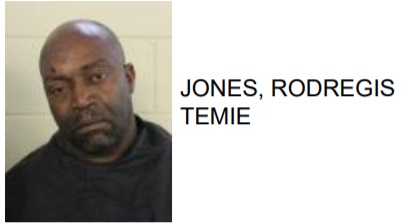