Kristy Danielle Acrey, 43 of Rome, was arrested this week after reports said she threatened to burn down another’s home and kill them.

Reports added that when police arrived she attempted to avoid arrest by running from them. 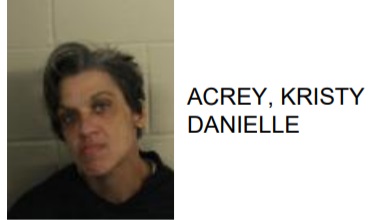