Andre Donn Holiday, 34 of Rome, was arrested this week after reports said he attacked a 66 year-old man, which resulted in the victim having to seek medical attention.

Reports stated that Holiday struck the victim on the head with a closed fist before forcing his head though a glass barrier.

The incident occurred this week at their home on Dean Avenue.

Holiday is charged with battery, battery against the elderly and intimidation of the elderly. 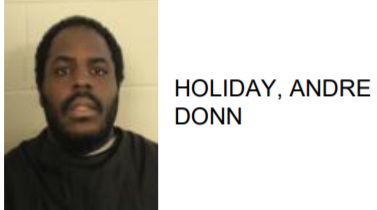