Terrie Darlene Creamer, 51 of Rome, and Marion Danielle Bunton Jones, 36 of Silver Creek, was arrested this week after reports said they stole close to $250 worth of merchandise from Kroger before attempting to flee the scene in a vehicle while under the influence of drugs.

Reports added that the couple was stopped on East 2nd Avenue and upon investigation it was determined that the get-a-way driver, Creamer, was driving under the influence of marijuana and cocaine.

A search led officers to locate the cocaine and marijuana in her purse.

While being stopped, Jones is accused of ignoring officers commands to stay in the vehicle when she exited the car and fled the scene on foot. After being captured she is accused of hitting the officer in the chest with her hands. 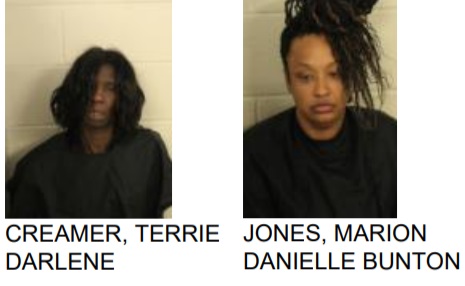