Rome Police said that they have arrested Jeffrey Alfred Shedrick, 32 of Rome, and charged him with shooting 39 year-old Scott Dennis Hayes in the back of the head behind Riverside Toyota on Monday.

The victim, Scott Dennis Hayes, has died as a result of his gunshot wounds. The suspect, Jeffrey Shedrick, has been additionally charged with Felony Murder and Tampering With Evidence.

Shedrick was charged with Aggravated Assault, Possession of a Weapon During the Commission of a Crime and Violation of the Georgia Controlled Substances Act.

Shedrick was taken into custody at the East Rome McDonald’s after 911 received information about the getaway car being in the drive-thru.

Update: Police have gone to Shedrick’s home at 13 Davis Street and conducted a search. They stated that they recovered a large amount of marjuana and ammunition.

He is now charged with possession, distribution or sale of marijuna.

A 40 year-old black male was found shot in the back of the head on Monday on a walking trail behind Dodd Boulevard near Riverside Toyota.

Reports said that an estimated six shots were heard from around the area, causing a lockdown at Montessori School.

The victim was transported to Floyd Medical Center via ambulance.

Scanner traffic stated that the suspect is described as a black male wearing blue jeans and a dark colored hoodie.  They added that they are also searching for a black Ford Focus with taped up back passenger window that is possibly being driven by a female. 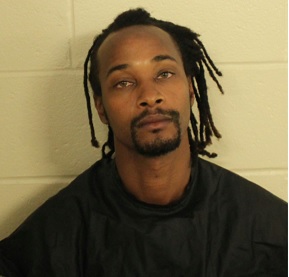