James Christopher Jenkins, 37 of Rome, was arrested this week after reports said used his hands to strangle a woman during a domestic altercation.

Reports added that Jenkins was also in possession of a black and silver 9mm handgun.

The incident occurred back on December 6 of last year.

Jenkins is charged with aggravated assault and possession of a firearm by a convicted felon. 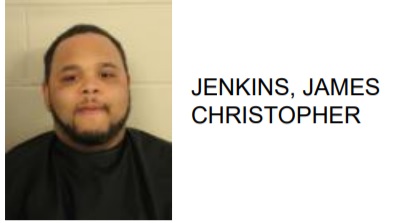