An inmate at the Floyd County Prison, Suliman Olaitan Adebara, 31 of Atlanta, is facing additional charges after he allegedly conspired with another to sneak a large amount of marijuana into the facility.

Reports said that Adebara conspired with Santana Watkins to drop 40.6 grams of marijuana at a detail point so that he could get the drugs back into the prison.

Police stated that the drop point was at the Shannon Recreation Area on Minshew Road in Shannon.

Adebara is charged with conspiracy to commit a felony, items prohibited by an inmate and use of a communication facility in commission of a felony involving drugs. 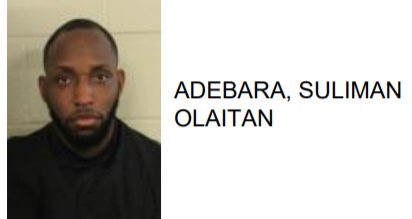