Cartersville Police captured a murder suspect this week. Reports said that an officer made contact with a suspect named Zia at Morgan Square Apartment Homes on East Felton Road, Cartersville on an unrelated matter. When the officer asked for his name, he said it was Samir Smith. The officer took him willingly to the police station for an interview on the case the officer was investigating.

During the interview, it became apparent to the officer that the suspect was not honest about his identity. While the suspect said he didn’t have any form of identification on him, he did say that his name on social media was either Ziar or Zia.

An investigator later positively identified the suspect as 23-year-old Zair Shakeem Simons of Philadelphia, Pennsylvania. The investigator further learned that Simons was wanted through the city of Philadelphia on a warrant from July 21st for homicide by willful killing with a gun. 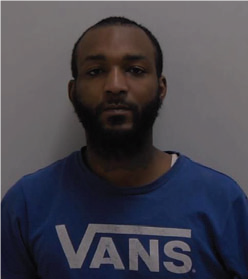