Brian Michael Evans, 49 of Rome, was arrested this week after a traffic stop on Shorter Avenue led officers to find numerous types of drugs.

Reports stated that Evans was stopped for a tag light violation when a K9 officer alerted on the vehicle.  Police said that a search of the car resulted in them finding a used syringe and several bags of suspected methamphetamine.

Police added that Evans then was observed attempting to discard marijuana by tossing it beneath the patrol car. 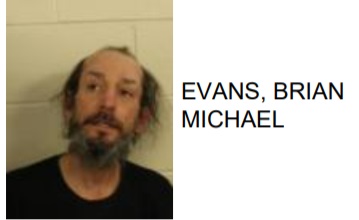