Raul Richard Villalobos, 34 of Rome, was booked into the Floyd County Jail this week after he allegedly struck a vehicle head-on  while driving intoxicated on the wrong side of the roadway with a stolen car.

Police said that Villalobos allegedly stole the 2011 Acura TL from a home on Rooney Road earlier that evening.

Reports added that while investigating the crash it was determined that Villalobos was under the influence of alcohol.

Four victims in the vehicle that he struck suffered serious injuries including; lacerated organs, facial fractures, punctured internal organs, broken ribs, fractured sternum, and breaks to their necks and backs.

It was also discovered that Villalobos was driving the vehicle without a license and insurance. 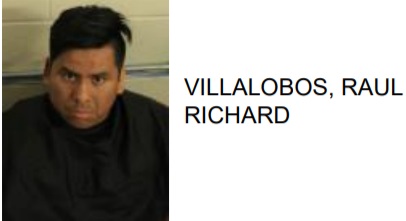