Koven James Stephens, 18 of Lindale, was arrested this week after reports said he repeatedly fired a gun toward a home on Melton Avenue before turning the gun toward his mother and firing it at her.

Reports added that Stephens could be heard on video having a verbal confrontation with his mother before shooting at her.

The incident occurred back on July 20th.  He was captured in Meriwether County and transported back to Rome this week. 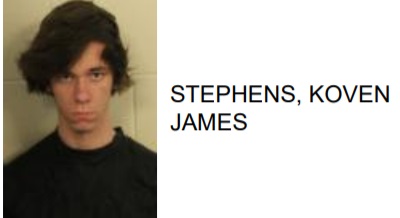